Dummie the Mummy and the tomb of Achnetut (2017)

Dummie is feeling homesick. He wants to go back to Egypt to find his parents’ grave, so he can say goodbye to them. Klaas is not keen to go. He is scared of flying to Egypt, it will cost too much money and Dummie doesn’t have a passport. But when Dummie’s painting of Miss Friek is sold for a large sum of money and he manages to arrange a passport, Klaas, Goos, Dummie and Miss Friek set off for Egypt. But can they find the Tomb of Achnetut after four thousand years? Armed with one of Mr Krabbel’s plans, Dummie and Goos go off to investigate. The search is fraught with dangers, however, and the best friends walk into a trap. Can Klaas save them in time or will Dummie and Goos be trapped forever? 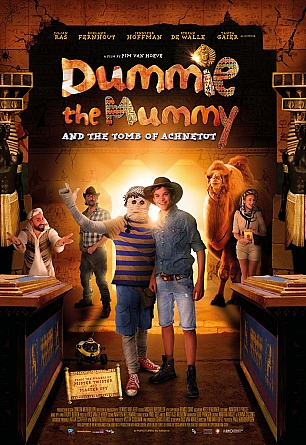 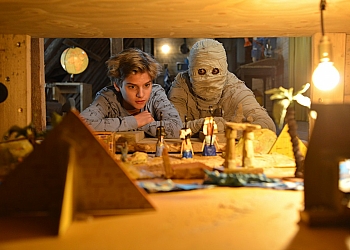 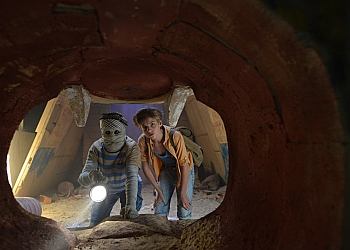