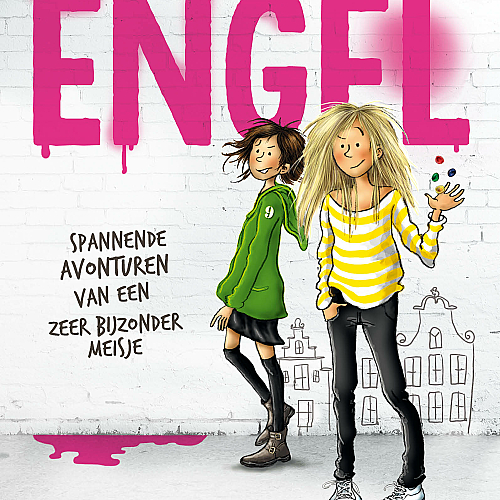 Dennis Bots (1974) is well-known for directing such successful, award-winning films as Secrets of War and Cool Kids Don’t Cry. He is currently working on the film Storm. Bots is looking forward to bringing Angel, a girl dreamed up by Isa Hoes and her 10 year old daughter Vlinder in the eponymous novel, to life on the silver screen. Ellen Barendregt, one of the talented screenwriters who took part in the ScriptAcademy from 2013-2015, will be writing the screenplay. This was announced today by Danielle Raaphorst (Incredible Film), the film’s producer.

Angel is about a girl with a special gift: she can make wishes come true – but only for good people. It is not long before she is pursued by individuals intent on using her gift for their own purposes. Angel is kidnapped, and just when she needs her wishes the most, it seems as if she has lost her gift.

Mother and daughter have just delivered their work to the publisher. “This is fantastic news,” says Isa, “I have known Dennis since Rozengeur & Wodka Lime and I last worked with him shooting Cel Blok H, the television series he directed. We talked about the book then. I am delighted that he is going to be directing Angel. “

Publisher Mariska Budding at Kluitman Publishers: “Angel is a wonderful character, as are all the other characters in the book. Isa and Vlinder have created an original, magical and exciting world together, you can just picture it! The book will be out this summer.“

Isa Hoes will be involved in the film as creative producer, which means that she will be playing a part in the development of the screenplay and in casting. Earlier, she has worked with producer Danielle Raaphorst on the successful feature film The Escape.

“When I set off on this adventure with Isa, the book wasn’t finished yet, but I had read parts of it that made me very enthusiastic. After Isa had submitted her work to the publisher I got to read the whole book and I can say with conviction that it is a fantastic novel. Now that Dennis and Ellen have completed the creative team, I can’t wait to get started. We will start shooting in 2017,” says the producer.