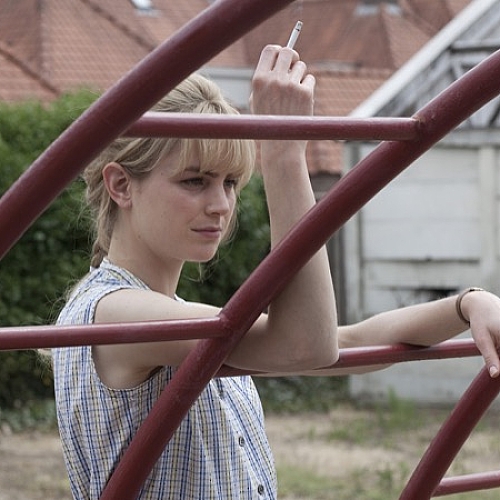 Dutch actress Hannah Hoekstra has been selected as the Netherlands’ Shooting Star for the 67th Berlin International Film Festival (February 9-19, 2017). Hannah is acknowledged as one of the ten most gifted European performers by a jury of acclaimed industry experts for the 20th edition of the Shooting Stars event.

A graduate of the Amsterdam Theater School, Hannah Hoekstra received a Best Actress Golden Calf in 2012 for her lead role in Sascha Polak’s Hemel. Subsequently she appeared in the film App directed by Bobby Boermans and in the Irish film The Canal directed by Ivan Kavanagh.

Hannah has been engaged with the National Theatre since the 2013-2014 season where she featured in several plays such as The Tempest, As You Like It and the criticially-acclaimed marathon production of Genesis.

Hannah recently starred in The Fury directed by Andre van Duren and based on a novel by A.F.T.H van der Heijden. For her role of Tiny she received Best Actress awards at the Montreal International Film Festival and at the Netherlands Film Festival.

During the four-day Shooting Star event in Berlin (February 10-13), Hannah and the nine other actors will be presented to the film industry, public and international press. They will take part in a tailormade program of profile-raising workshops and meetings with influential members of the International Casting Directors Network (ICDN), filmmakers and other important industry players, as well as interviews and photo-shoots with international media.

The prestigious Shooting Star platform is organized by European Film Promotion and provides the actors with the significant and timely exposure their emerging talent deserves. Being a European Shooting Star puts them in the first row of young performers to be considered for international productions. The event culminates in the awards ceremony at the Berlinale Palast on Monday February 13, where each talent will be presented with the European Shooting Stars Award.