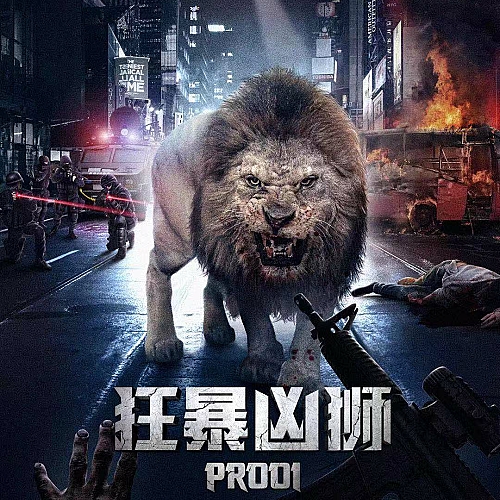 The success at the Chinese box office of Dutch horror film Prey has shown the opportunities now available to international independent films in the Chinese market.

Prey, retitled Violent Fierce Lion for China, was released on 4,000 screens on Friday (March 22). It grossed an impressive $5m to become the sixth biggest film at the Chinese box office in the week March 18-24.

Directed by Dutch horror director Dick Maas, Prey is about a runaway killer lion terrorising the citizens of Amsterdam. It was produced by the Netherlands’ Shooting Star Film Company with Parachute Pictures and is the first Dutch film to secure a wide theatrical release in China. Dick Maas has given us genre gems such as The Lift, Amsterdamned and Sint and had the great idea to release a lion on the Amsterdam streets. Prey is a feast for hemoglobin lovers. Head are severed, entrails pulled out and limbs are flying all over the place. Maas spares nothing and no-one and shows no mercy. The plot doesn’t take itself too seriously and contains many jokes, which allows you to relax a bit in between all the horror.

Prey will be back on Incredible’s slate at Cannes.