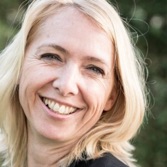 The Dutch romantic comedies TUSCAN WEDDING and LOVING IBIZA (including the 8 episode spin-off TV-series LOVING IBIZA), both directed by Johan Nijenhuis, will soon be available to all Netflix customers around the world.

Danielle Raaphorst, CEO of Incredible Film comments: “We are delighted to see that a major global platform such as Netflix has such as strong interest in our Dutch feature films and TV-series. This deal underlines the global potential of our rapidly expanding catalogue.”

New Dutch films which Incredible Film is representing at the upcoming markets are the romantic comedies SKIRT DAY, another box-office hit from Johan Nijenhuis, and THE GRASS IS ALWAYS GREENER (still in post-production) from producer Klaas de Jong, who also made Loving Ibiza and Tuscan Wedding

We are also delighted to present ADIOS AMIGOS, an uncompromising, moving and universal story about friendship and dreams in a life with restrictions; THE FURY, a visually stunning drama with an all-star cast; VENTOUX, a feel-good drama in which friendship triumphs over everything; the upbeat, tongue-in-cheek slasher SCREAM WEEK and the teen movies ENOUGH, which sharply and sensitively addresses the topic of senseless violence, and FASHION CHICKS. Last but not least, we will present the family film LITTLE GANGSTER, with a hilarious and a delightful cast of characters, which has won numerous awards at international film festivals.

Klaas de Jong (producer) and Roel Reine (director) of sea-faring epic ADMIRAL (2015) are developing a new Dutch language historical action thriller called REDBAD 754 AD which will shoot in 2017. It is an action-packed story about the King of Frisia, based on the many mythical sagas and legends that surround him.

The pair is also planning to shoot BATAVIA’S DEATH SONG, an English-language feature film which will tell the infamous story of the shipwreck and mutiny on the Dutch East India Company ship The Batavia, and the senseless massacre of most of its passengers and crew.

Other attempts have been made to adapt this story into a feature film, such as Paul Verhoeven with Batavia’s Graveyard, and recently Russell Crowe’s production company announced that they have bought the rights to Hugh Edwards’ novel Islands of Angry Ghosts.

“But if there is anything that our experience on Admiral reveals,” points out producer De Jong, “it is we are uniquely qualified to develop, finance and produce a successful historical action thriller such as Batavia’s Death Song.”

The next market Incredible Film will attend is MIPCOM in Cannes from 17-20 October 2016.