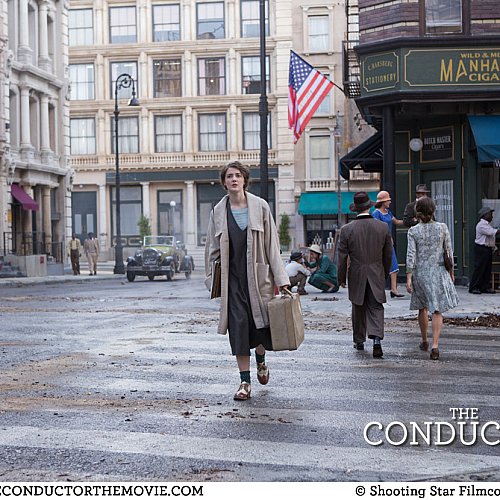 Danielle Raaphorst of Dutch sales outfit Incredible Film will present three market premieres at EFM 2019. These are Maria Peters’ The Conductor, based on the true story of Dutch-born Antonia Brico who, in the late 1920s, was the first woman in the world to successfully conduct a large symphony orchestra, Stijn Coninx’s top-performing Belgian thriller Don’t Shoot(highest-grossing Belgian film at the domestic box-office in 2018 with over 370,000 admissions) and Mathieu Mortelmans’ drama/psychological thriller Bastard.

The Conductorby Maria Peters, starring Christanne de Bruijn, Benjamin
Wainwright, Scott Turner Schofield and Richard Sammel (Inglourious Basterds, Casino Royale), is based on the true story of Dutch-born Antonia Brico who, in the late 1920s, was the first woman in the world to successfully conduct a large symphony orchestra. The film has had more than 120,000 admissions in The Netherlands and has remained in Dutch theatres since its October 25 2018 premiere. Note: until recently, women have barely succeeded in becoming top ranking conductors. This year, for the first time in Dutch history, the Netherlands Radio Philharmonic Orchestra appointed a woman as its chief conductor: Karina Canellakis.

Don’t Shoottells the true story of what is considered the biggest scandal in the history of Belgian justice. In 1985 the so-called Brabant Killers brutally murdered eight innocent people during a raid on a supermarket in the town of Aalst. They were also responsible for a further 17 murders between 1982 and 1985. Nine-year-old David was critically injured during the raid but his sister and parents were killed. In the film, David’s grandparents take on the heart-wrenching task of trying to give him a new perspective on life and help him build a future.

In Bastard, two years after the tragic death of his older brother, Daan (17) has unwillingly become the head of a trauma-torn family. Because his father has taken flight, Daan feels forced to take care of his mother. The weight of grief seems impossible to overcome until the family meets the homeless teenager Radja. Daan’s mother grasps this opportunity to fill the void and offers the unknown boy shelter within the family home…

Hannah: Buddhism’s Untold Journeytells the story of Hannah Nydahl and her adventure in bringing Tibetan Buddhism to the West. From her wild and idealistic roots as a hippy in Copenhagen, the film follows Hannah and her husband Ole to the hedonistic city of Kathmandu where, in 1968, they became two of the first Western students of His Holiness the 16th Karmapa – the first consciously reincarnated lama of Tibet, and the man who would change their lives forever. At the heart of the film lies the unique and inspiring love story of Hannah and Ole and their unwavering dedication to bring Buddhism to the West.

Also on the Incredible slate is the epic feature Redbad, described as ‘Vikings meets Game of Thrones meets Braveheart’, now available as a 4 x 50-minute series.

In the family adventure Circus Noel Feel the Magic (2019), directed by Dennis Bots and scripted by Karen van Holst Pellekaan (the team behind Cool Kids Don’t Cryand Storm: Letter of Fire) Caz runs away to join the circus to escape her bickering parents.

In the family film A Most Annoying Island(2019), a boy full of dreams encounters an island full of ludicrous people, a curse that is centuries old and a contaminated prime minister. What is he supposed to do?

For more information and pictures: