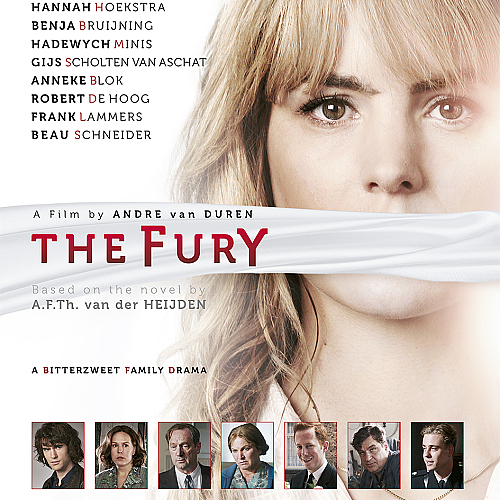 Algemeen Dagblad ★★★★ (vier sterren)
‘Hannah Hoekstra’s part in The Fury must have been a real gift. You rarely find such complex and fascinating female characters in Dutch feature films.’

NRC ★★★ (drie sterren)
‘What really stands out in this film is Hannah Hoekstra’s masterful performance as Tiny, who won a Gouden Kalf award for her debut in Hemel (2010). That was an arthouse film without any classic dialogue or traditional structure, but even in this traditional adaptation she shines.’

Trouw ★★★★ (vier sterren)
‘Director André van Duren (‘Mariken’, ‘De Bende van Oss’) adapted the book into a screenplay and, with the help of an excellent cast, made a decent, deftly told film set in Eindhoven from the 1950s onwards.’

Parool ★★★ (drie sterren)
‘Its strength, especially in this film adaptation, lies in Tiny’s non-conformist nature and the way in which she handles her grief. What has caused this grief you can guess half way through the film, but you don’t get to see it until an hour later, in flashbacks. This gives us plenty of time to admire Hoekstra, who is just as convincing playing a 14 year old as a woman in her late sixties.’